See all works by Richard Carline oil portraits 1.PORTRAIT OF AN ARTIST

As well as serving in World War One Carline was also appointed an Official War Artist,, along with  his brother Sydney and both became noted for war pictures from the air.  Carline made this a feature  of a lecturing tour he undertook to the United States in 1920 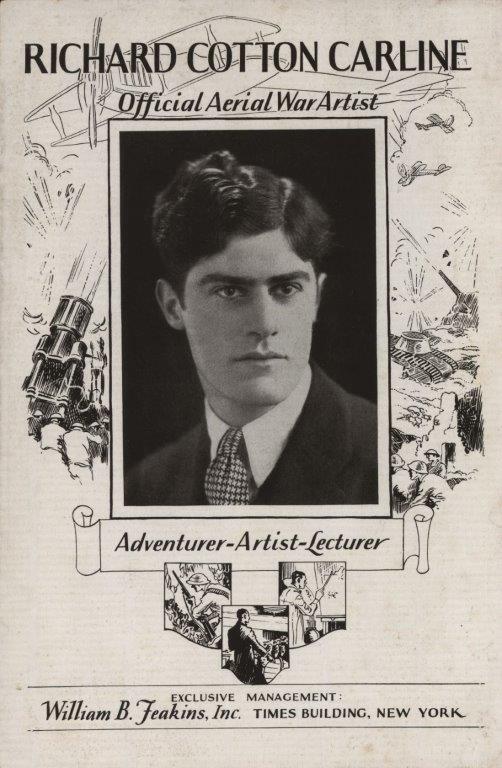 This current portrait shows Carline, back in civiliam clothes, aged 27.